Flash is no longer supported by your browser to play: The emperor's New Clothes. 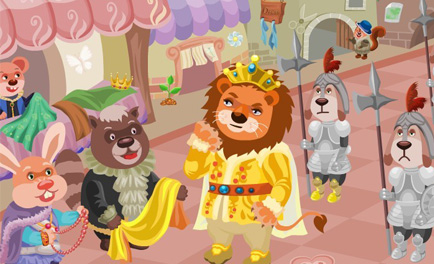 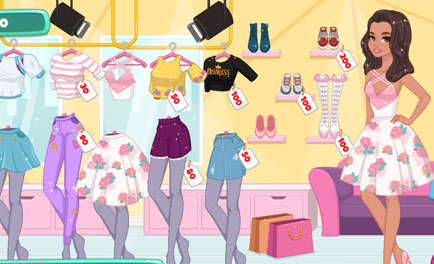 The emperor's New Clothes Play this dress-up game featuring an Emperor. Once upon a time, long ago, in a country far, far away from here lived an emperor who adored clothes. He was always busy trying on, and searching for new fashionable clothes. That's why he was always in his dressing room. All the people in the empire knew that the emperor loved beautiful clothes and fabric. That's why merchants and tailors came from the far corners of the country to bring the emperor their textile and clothes. The emperor would spend hours searching through fabric, trying to choose different patterns and colours to choose from. The emperor owned chests full of clothes, but he was still searching for fabric and clothes that would outdo the ones he already owned. One day two swindlers came to the emperor's castle. "We will weave fabric that you've never seen before", they said. "They will be ultra-light and will have utterly beautiful colors. Moreover, this fabric can show you who is dumb and who is smart. Dumb people can't see the fabric, smart people can." The emperor was pleased and asked the swindlers to provide him this extraordinary fabric. He gave them money so that they could create a workshop in which they could weave the fabric. The swindlers asked for the most beautiful silk and tons of gold. In the workshop were two looms which didn't contain any fabric, but the swindlers used them until darkest hours of the night. They took the gold and silk they had received back home. One day the two swindlers were visited by the emperor's minister. He had to inspect the work and report the progress. The emperor was sure that the minister would be able to see the fabric, as he wasn't dumb. The minister entered the workshop and saw nothing, but he didn't dare to admit it. The swindlers showed him the fabric and asked him if the pattern and the fabric was good enough for the emperor. The minister looked at the empty looms and said that the fabric was beautiful. The minister returned to the emperor and told him that the fabrics were on their way to be amazing. After hearing this, the king sent more gold and silk to the swindlers so that they complete the emperor's new wardrobe. In the end, the emperor went to take a look at the fabric for himself. He saw nothing, but he didn't dare to admit it. "Would you be so kind to try the clothes on?" the swindlers said. The emperor took off his clothes and they helped him to try on the new ones. All the officers of the court said that he looked fabulous. No one dared to say that they didn't see anything. The emperor was in fact bare naked. Outside, the country had gathered to admire the emperor's new clothes. Everyone had come to see, because they were curious to see the emperor's new wardrobe. "He's not wearing anything", a child uttered. "He's not wearing anything", the people said. Still, the emperor and his servants pressed on, walking down the street. The servants were carrying the veil of the invisible cloak. The emperor was very proud of his new clothes. It was delightful. In this game you can read the entire story. Find all hidden objects and go for the highest score.

Controls: Use the mouse to play this Emperor's game.